You expect to smell chlorine in some places, like a public pool, but do you ever smell it in your tap water? If you do, should that concern you? Let’s take a look at some reasons for chlorine is in your tap water, the potential risks to your health, and the levels that are safe to drink.

First, why would chlorine be in your tap water? It’s all about disinfection. In the past, and in underdeveloped parts of the world today, access to clean drinking water has been literally a matter of life and death. Disinfecting drinking water is crucial for public health: adding chlorine to drinking water offers protection from waterborne diseases and harmful microbes. Unfortunately, chlorinated tap water sometimes has higher levels of free chlorine than should be in healthy water.

People have been treating their drinking water since as early as 4000 B.C., it wasn’t until the late 19th century that we began to understand that microbes were able to spread disease through the water. Prior to that time, there was no understanding of germ theory, and water was primarily treated to make it smell and taste better.

Early efforts to remove microbes from water involved filtering it through sand, but it soon became apparent that wasn’t very effective. Diseases like dysentery, cholera, and typhoid were some of the particularly destructive and lethal pathogens that needed to be removed from drinking water. In 1908, Jersey City became the first city to add chlorine to the water supply, and when it became clear that this practice was effective, it spread throughout the United States.

While chlorine and other chemicals added to the water have greatly reduced deadly diseases in the United States, they are not without drawbacks. Chlorine doesn’t last for a long period of time, so community water suppliers often add chloramine, which offers longer-lasting protection. Unfortunately, both chlorine and chloramine release byproducts into the water that have potential health consequences.

The Environmental Protection Agency (EPA) has determined levels of chlorine that can safely be consumed in drinking water, but many people question those limits. Plus some individuals have a high sensitivity to even the smallest amounts of disinfectant byproducts.

Even if you‘re not drinking it, chlorine is drying on your skin and hair and can fade your colored laundry. Many people worry about inhaling it in the shower as well or when you open the dishwasher after it has been run.

How can you remove chlorine byproducts from your water? Using a home water filtration system is a very effective way to do this. The right water treatment system can remove a wide range of contaminants from your tap water. Water that has been properly filtered is healthier, plus smells and tastes better.

If you’re looking for water treatment tailored to your home, trust Kinetico to deliver professional service that rises to the high standards of the products we sell. Kinetico Water is Phoenix, Arizona’s local source for water treatment, providing the cleanest, greenest, most efficient water systems ever made.  What’s more, we stand behind our products with the most comprehensive warranty coverage in the industry. To learn more, call 602-777-3547 or contact us today. 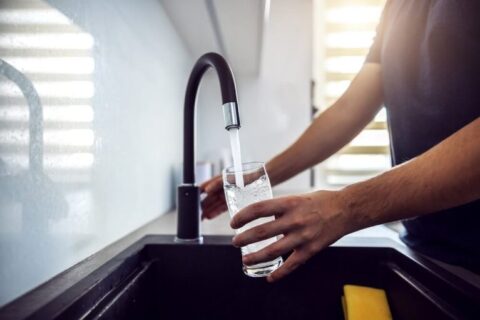 Life in the desert can be harsh. With average summer highs exceeding 100 degrees F in Phoenix, Arizona, it’s vital to stay hydrated.… 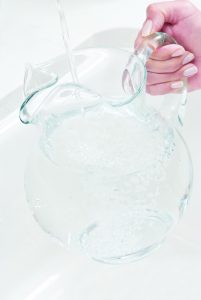